Atlantis Motors is a Lovian sports car company founded in 1952. It is known for making the finest Lovian cars, known for their quality and reliability. It also participates in the Lovian Motor Show.

Atlantis Motors was founded in 1952 by Henry Chase (ancestor of Justin Abrahams), a passionate admirer of Eurpoean sports cars. Atlantis' headquarters, based near Kinley, was where Chase and his team of 20 hand-built the models. In 1961 the first Atlantis was entered in the Vickers Sprint Rally, and has continued doing so. When he died in 1978, his son Albert took over. In 1985, Albert unexpectedly died and the company ceased operations. In 1987, Albert's cousin bought the rights and re-established Atlantis. In the late 1980s- early 1990s Atlantis was not doing too well. as its president wanted to make care even more luxurious and expensive, and it seemed the company might fold again. But, with Jacques Brack at the helm, and the introduction of the 365 saved the company from collapse. 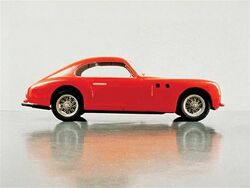 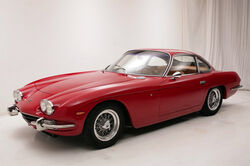 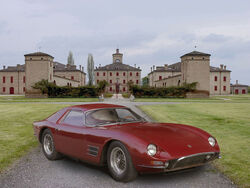 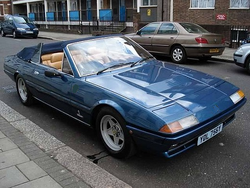 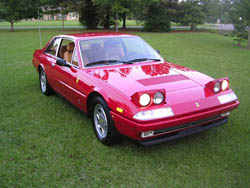 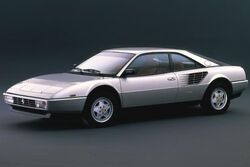 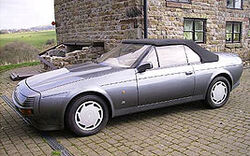 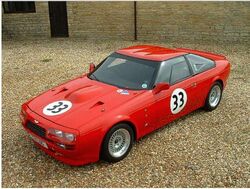 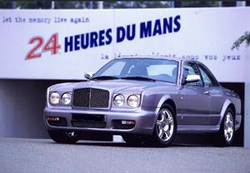 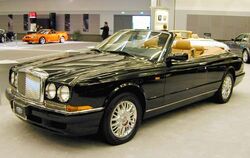 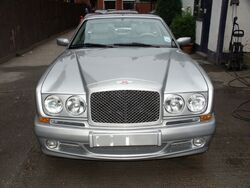 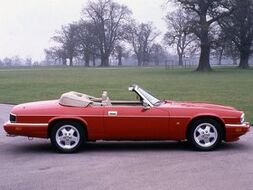 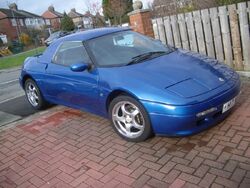 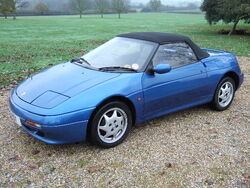 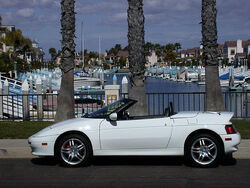 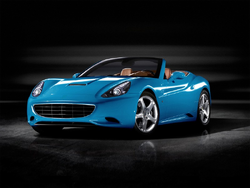 The America was the most popular Atlantis ever produced. The car was first shown in the Turin Auto Show in 1969 (first Lovian car to be displayed internationally) and it received much praise for its sharp and modern design, though critics said its aluminum construction, though lightweight, would be too expensive. Subsequent America's would be the low-priced models in the lineup, outlasting every other model. It would be built from 1970-1985, and again from 1987-1989.

In August 1970, an aluminum version of the car was released in Europe and Britain. 23 cars, in right-hand drive were marked for the UK, and 27 LHD models were sold in continental Europe, mainly in France and the Netherlands. Priced at around £21,000 (or 53,000 Gulden, 150,000 Fr.), it was deemed too pricey and it did not sell as quickly as planned.

In early 1971 the America was re-released, this time with a steel body, which was also available in Lovia. This car was much cheaper than the aluminum version, selling for US$16,000. To compensate, it was given a state-of-the-art, 321 HP turbocharged V6. Achieving a top speed of 153 MPH, it was an instant success, and Atlantis could not meet demands. In 1974, a four door version was introduced, but was limited to 90 US$18,000 models. When production ceased in 1977, 10,914 321's had been made.

The America R (Roadster) was developed in 1973 after much public clamoring, though it did not enter production until 1975. Priced at US$21,000, it was pricey but not inaccessible (to the rich). This version ceased production in 1979, after safety concerns over convertibles (and when a moratorium on ragtops in the US gained Lovian support). Only 780 roadster were built.

The Superamerica was the top-of-the line model in the America range. This was a grand tourer car (a 70s version of a modern Aston DB9) with an astonishing 382 HP V8. Introduced in May 1980 and priced at US$44,000, all 50 models were sold in its first month. It differed from the standard America by having a reworked body, air intakes (slats) and the fact that it only came in "Midland Gray" glossy paint.

In 1991 the Europa R was added as a open-top mate to the coupe version. Priced at $57,000 it was very expensive, but with the latest in electronic technology, plus a 420 HP V8, it was worth the price. Later Europa R's featured electronic traction and other gizmos which the coupe didn't get. By then, the price was well over $70,000 and the model was ended in 1998 after 178 sales.

In 1997, the Europa GT was introduced as the final model in the range. It had the most creature comforts of any Lovian car, plus the speed and power of a super sports car. Hand built to perfection, only 55 models were built betwen 1997 and 1998. There were two downsides to the car; the weight (over 3700 Lbs) and the price (over 85,000 USD).

The Virondar, introduced in 1991, was more luxurious and upscale than the Europa. Built to a more classic standard, it had a traditional layout/look. But, this car, which was priced at US$70,000 (in 1991) was very expensive. A Virondar R ($85,000) was introduced in 1994, but production of this series ended in 1995 (after changes in management) and combined sales of 115 cars.

The 365GTR (grand touring roadster) joined the 365R in 1998-2000. It was the first time two ragtop versions of the same Atlantis model were produced simultaneously. Marked only by its sporty wheels and high-gloss paint, this car (priced at 60,000 USD) actually featured a 376 HP V8, and was able to reach 163 MPH.

Retrieved from "https://nation.fandom.com/wiki/Atlantis_Motors?oldid=170075"
Community content is available under CC-BY-SA unless otherwise noted.