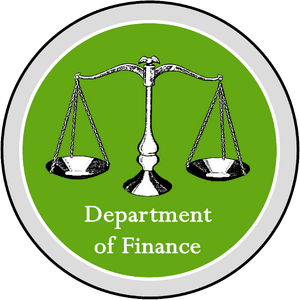 The Lovian Department of Finance was the federal Lovian department occupied with federal finance and federal properties. It was founded on Inauguration Day 2008 by then Secretary of Finance King Dimitri I of Lovia. From February 2010 to the Mid-terms, Yuri Medvedev (CPL.nm) held this office. After the formation of the Villanova I Government, William Krosby (LDP) took over the post. Then, Percival E. Galahad is the Secretary of Finance, under the Villanova II Government. In 2012, the department was replaced by the Ministry of Finance.

There was only one federal institution under the Department of Finance: the Federal Charity Fund. This foundation raises money, from both the Department and independent companies or organizations, for charity goals. The Chairman, Harold Freeman, was appointed by the Secretary of Finance.

Congress and the Department of Finance had cut expenses in the following fields:

Retrieved from "https://nation.fandom.com/wiki/Department_of_Finance?oldid=156096"
Community content is available under CC-BY-SA unless otherwise noted.