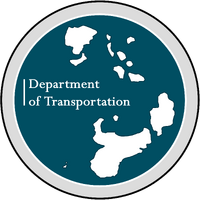 Its mission was to "serve the Kingdom of Lovia by ensuring a fast, safe, efficient, accessible and convenient transportation system that meets our vital national interests and enhances the quality of life of the Lovian people, today and into the future."

Information on the DT Edit

The Department was located in Downtown Noble City, 6 Law Street.

Railways that were managed by the Department of Transportation:

Retrieved from "https://nation.fandom.com/wiki/Department_of_Transportation?oldid=153387"
Community content is available under CC-BY-SA unless otherwise noted.