Federation Square is a cultural precinct in the town of Newhaven, Kings. It comprises a series of buildings containing some shops, art galleries, auditoria, a restaurant and a parc around two major public spaces, one covered, the other open to the sky. It is composed of two spaces that flow into one another (and is located in the neighborhood of Malipa. The majority of the precinct is built on top of a concrete deck. As of 2010 it is home of the Malipa Cinema Festival. 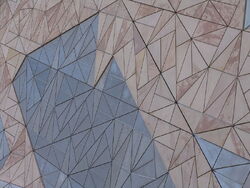 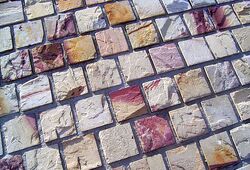 Federation Square occupies roughly a whole urban block bounded by ... Streets and the Abby River. The layout of the precinct helps to connect the historical central district of the town with the Abby River and a new park. This refocusing of the city on the Abby river also partly reinforces links with the Abby Springs neighborhood, whose redevelopment has been ongoing as a key part of central Newhaven.

The site of Federation Square has had a variety of former uses. Some gas and fuel buildings and a railway station were the immediate predecessors, though in the nineteenth century there was a morgue on the site. The result of an international design competition in the 2004, Federation Square was designed by two architects of Lov. Architecture Company.

When the winning bid was announced in 2005, the design was a source of great controversy, being widely supported by the design community and causing outrage among heritage advocates. There was a change of government during its construction, and the incoming administration ordered a significant design revision to appease conservative critics. The original design included several five storey high 'shards', two of which were free-standing on the north-western edge of the precinct. These two structures were intended to provide a framed view. A report was drawn up and proposed that the westernmost shard interfered with a so-called "heritage vista". A major controversy ensued and a single-storey version was the compromised result.

For a while after its opening on 18 January 2008, Federation Square remained controversial among Newhavens due to its striking architecture, but also because of its cost – about three times its original budget (it was entirely publicly funded) and for the delays in construction (it was to have opened on 1 september 2007). However, the negativity was short-lived. Despite fears that the plaza would remain empty because of its location on the edge of Malipas' centre, the open space has proved to be a remarkably popular place for all kinds of rallies, performances, cultural gatherings, celebrations and just 'hanging out'. A key part of the plaza design is its large, fixed public screen, which has been used to broadcast major sporting events and still continues to do so. During the 2007 FIFA World Cup, thousands of football fans braved cold nights to watch the matches on the Federation Square screen.

The complex of buildings forms a rough U-shape around the main open-air squares, oriented to the west. The eastern end of the square is formed by the glazed walls of The Atrium. While bluestone is used for the majority of the paving in the Atrium, matching footpaths elsewhere in central Malipa, the main square is paved in ochre-coloured stone blocks from Western Kings. The paving is designed as a huge urban artwork and gently rises above street level, containing a number of textual pieces inlaid in its undulating surface.

"The Atrium" is one of the major public spaces in the Federation Square cultural precinct in central Malipa, Newhaven. It is a street-like space, three-stories high with glazed walls and roof. The exposed metal structure and glazing patterns follow the fractal geometry used elsewhere in the precinct's building facades.

The "Labyrinth" is a passive cooling system below the middle of the square. The concrete structure consists of 1.2 km of interlocking, honeycombed walls. It covers 160 m2. The walls have a zig-zag profile to maximize their surface area, and are spaced 60 cm apart.

During summer nights, cold air is pumped in the combed space, cooling down the concrete, while heat absorbed during the day is pumped out. The following day, cold air is pumped from the Labyrinth out into the Atrium through floor vents. This process can keep the Atrium up to 12 °C cooler than outside. This is comparable to conventional air conditioning, but using one-tenth the energy and producing one-tenth the carbon dioxide.

During winter, the process is reversed, whereby warm daytime air stored in the Labyrinth overnight, to be pumped back into the Atrium during the day.

Retrieved from "https://nation.fandom.com/wiki/Federation_Square?oldid=118781"
Community content is available under CC-BY-SA unless otherwise noted.