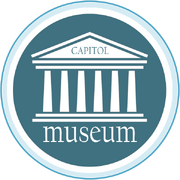 The Medvedev Hall is one of the art galleries of the Lovian Museum for Modern Art in Little Europe, Noble City. It is named after the current Prime Minister of Lovia, Yuri Medvedev. The current exhibition is about William Turner, the English romantic painter, and was established in cooperation with the Capitol Museum Group.

Joseph Mallord William Turner was born on 23 April 1775 and died on 19 December 1851. He was an English Romantic landscape painter, watercolourist and printmaker His style can be said to have laid the foundation for Impressionism. Although Turner was considered a controversial figure in his day, he is now regarded as the artist who elevated landscape painting to an eminence rivalling history painting.

Turner was born in Maiden Lane in London. His father, William Gay Turner, was a barber and wig maker. His mother, Mary Marshall, became increasingly mentally unstable due to the early death of Turner's younger sister, Helen Turner, in 1786. She died in 1804 after having been committed to a mental asylum in 1799. Possibly due to the load placed on the family by these problems, the young Turner was sent to stay with his uncle on his mother's side in Brentford in 1785. This was then a small town west of London on the banks of the River Thames. It was here that he first expressed an interest in painting. A year later he went to school in Margate on the north-east Kent coast. By this time he had created many drawings, which his father exhibited in his shop window.

For more information on the painter, see here.

The Battle of Trafalgar Edit

The Battle of Trafalgar is an oil on canvas painting that was ordered by King George IV for the Painted Hall at Greenwich, as a pendant for Louthebourg's Lord Howe's action, or the Glorious First of June. It shows the Royal Navy ship HMS Victory at the Battle of Trafalgar. It was controversial at the time, since it was not considered to be historically accurate. Turner chose to combine events from several times during the battle:

The location of the painting is widely accepted as Maidenhead Railway Bridge, across the River Thames between Taplow and Maidenhead. The view is looking east towards London. The bridge was designed by Brunel and completed in 1838. The line from London Paddington to Taplow opened in 1838.

The Slave Ship, also known as "Slavers Throwing overboard the Dead and Dying" or "Typhon coming on", was first first exhibited in 1840. The subject of the painting is the practice of 18th century slave traders who would throw the dead and dying human 'cargo' overboard during the middle passage in the Atlantic Ocean in order that they might claim the insurance for 'drowning'.

By painting such an emotive subject Turner was attempting to assist in the abolisionist campaign. The violent power of the sea and the strange sea creatures represent the forces of nature punishing the guilty. The painting was widely admired for its use of colour and the way in which sea and sky merge around the distant ship. In the lower portion of the painting, hands of enslaved Africans can be seen still shackled.

The Fighting Temeraire was executed in 1838. It depicts one of the last first-rate ships of the line which played a distinguished role in the Battle of Trafalgar in 1805, the 98-gun ship HMS Temeraire, being towed towards its final berth in East London in 1838 to be broken up for scrap. The original painting is situated in the private collection of HRH Prince Dimitri. It was been bequeathed to the king by the Lovian Museum for Modern Art in 2008.

When Turner came to paint this picture he was at the height of his career, having exhibited at the Royal Academy, London, for 40 years. He was renowned for his highly atmospheric paintings in which he explored the subjects of the weather, the sea and the effects of light. He spent much of his life near the Thames estuary and did many paintings of ships and waterside scenes, both in watercolour and in oils. Turner frequently made small sketches and then worked them into finished paintings in the studio. He was present when this ship was towed and made some sketches of it. However, he appears to have used some license in the finished painting, which has taken on symbolic meaning.

Reactions from the visitors Edit

Dimitri on The Great Western Railway

Retrieved from "https://nation.fandom.com/wiki/Lovian_Museum_for_Modern_Art/Medvedev_Hall_-_J.M.W._Turner?oldid=165708"
Community content is available under CC-BY-SA unless otherwise noted.