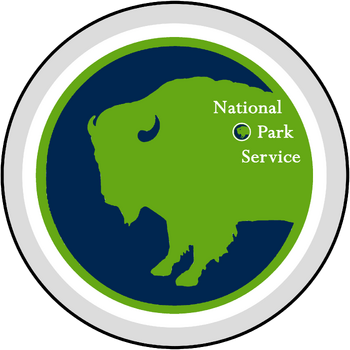 The National Park Service, abbreviated NPS, is a Lovian federal governmental institution under the Ministry of Environment (formerly the Department of Energy and Environment). It is founded under the National Parks and Monuments Act in the Federal Law. The Service manages all National Parks, in order to conserve the scenery and the natural and historic objects and the wildlife therein and to provide for the enjoyment of the same in such manner and by such means as will leave them unimpaired for the enjoyment of future generations. The NPS is directly run by the department.

All states with the sole exception of Clymene have at least one National Park. The state which has most National Parks is Oceana, which has three, including the only aquatic National Park, Oceana Reef National Park, and the only National Park which is situated in two states, Emerald Highlands National Park (shared with Sylvania). The NPS works closely with local authorities, such as the Oceana State Department of Environmental Affairs.

This text is literally taken from the Federal Law, Article 2:

This text is literally taken from the Federal Law, Article 2:

Retrieved from "https://nation.fandom.com/wiki/National_Park_Service?oldid=195359"
Community content is available under CC-BY-SA unless otherwise noted.