Positive Lovia (Oceana: Positivni Lovia; abbreviated PL), is the leading libertarian political party of Lovia. It advocates strong civil liberties and a laissez-faire free market, and is particularly opposed to statism, socialism and corporatocracy. Its founder and incumbent chairman is Christopher Costello.

Positive Lovia was founded in December of 2011 by 2011 MOTC Christopher Costello, where it occupied only one seat in the 2011 Second Congress, which belonged to him. He suggested that it would be the spiritual successor of the Walden Libertarian Party, which Costello had previously supported when it was libertarian.

Immediately after its founding, PL was misfortunate to have been involved in many smear campaigns by the left-leaning political media of Lovia, which frequently asserted that PL was "the political division of Costello Enterprises," which sharply decreased its growth momentum.

In 2011, relations between PL and its ally the CNP would deteriorate after the two parties took opposing stances on the recent controversy surrounding the Special Forces of Lovia. The Special Forces were a Lovian militia formed during the Lovian Civil War to help defeat the insurrection. Despite the major role they played in securing Lovia's victory, Lukas Hoffmann, chairman of the CNP, threatened to press charges against against them if they refused to dissolve their task force due to the illegal nature of militias in Lovia. The PL saw the controversy as an opportunity to espouse its pro-freedom of association and right to own firearms stances, however, the Special Forces caved-in and demilitarized before the issue could be taken to court.

Prior to the 2012 Federal Elections, PL formed a coalition with the Liberal Democratic Party and the Conservative Nationalist Party. Just prior to the elections, controversial mogul–politician Bill An joined and offered the party generous donations. A conspiracy theory arose in which An may have made a deal with Costello, party chairman and chairman of Costello Enterprises to give CE property holdings. This theory was later proved false, and eventually influenced An to withdraw from PL in shame before leaving Lovia altogether in 2013.

Because of its eagerness to run candidates, PL possessed nearly double the candidates than the second most well represented party in the 2012 Federal Elections. While this showed a huge surge of support for the party, it also hindered them by causing individual party members to receive less votes. By the end of the first week of the election period, things were looking optimistic for Positive Lovia and the coalition, which no longer included the CNP due to more infighting between Costello and Hoffmann. The controversy this time being which of the two of them would be more suitable for the Minister of Defense position proposed by LDP leader William Krosby in the government department reform bill he was working on. Costello compromised and chose to run for Minister of Commerce instead, allowing Hoffmann the Minister of Defense, after which the CNP rejoined the coalition.

In September, Costello announced that PL was not "progressive" in many respects, which allowed for backlash from other politicians and the media. On October 1st, ex-Prime Minister and incumbent Labour Party leader, Marcus Villanova criticized PL, describing it as a "horrible right-wing stereotype."

Positive Lovia became relatively inactive and slowly lost seats in the following years, as Costello shifted his interest away from politics and back towards managing his business enterprises on a global-scale. In July 2014, Costello allowed Dirk Brandt the authority to run PL in his absence. Brant won one seat in the 2014 Provisional Congress.

In June of 2015, Costello returned to Lovian politics and reclaimed leadership his party, citing disappointed in the direction Brandt was taking the party and its lack of success in his time away as his motivation.

On October 1st, 2012, Labour Party leader Marcus Villanova commented on the party leader and the new party platform. He commented saying "The obvious flaw in the platform is now they've proven a horrible right-wing stereotype. They don't know what they're talking about and they always move to the right instead of compromise. The leader doesn't understand the political spectrum claiming center-left and progressive politics leads to Communism whereas, hypocritically, doesn't comment on how the right does the same. If it were true, I think he should know people do have convictions unlike his party, and stick to basic principals." He added on "At least if I don't agree with another party like the CCPL or the CNP, I know they're reasonable good politicians."

Positive Lovia is headquartered on the seventh floor of the Costello Tower in Downtown Noble City.

Its other offices are located on the first floors of the B sections of the Plaza Downtown, also located in Downtown Noble City. There are also offices on the second floor of Federation Building A in Malipa, Newhaven and in the Elgin Offices in Kinley, Seven.

Since 2012, Positive Lovia advertising typically comes in the form of small posters of flyers painted with retro style figures, reminiscent of the culture of 1950s America. When asked about this, Costello explained that this artwork was fun and innovative, and that is subtly represented a golden age when capitalism was expanding, the Red Scare made the rise of communism a known threat, and the future appeared infinitely bright. Retro themes haven't been seen much in Lovia since the 1950s, and this imagery represents a revival of what much of the nation stood for during these times.

The PL decided not to run for any positions during the 2012 State Elections. Instead, it produced promotional material openly supporting Hoffmann and the CNP. Their campaign was a success, largely because they had the support of loyal PL voters.

In late December of 2011, a Brunanter political party based on Positive Lovia, Positive Brunant, was formed by Felicia Montenegron-Kisphen, CEO of Bill An's GoYou Brunant. Despite efforts of Positive Brunant's behalf, Costello announced that the two parties were officially unrelated, not wanting people to think he's "bent on creating an international empire" nor any more bad press from associating with GoYou. 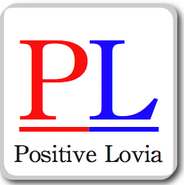 An alternate version of the Positive Lovia logo, present during the 2012 Federal Elections 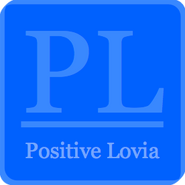 An ornamental keychain card with the printed Positive Lovia logo 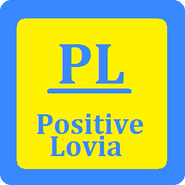 The logo of PL under Dirk Brandt, which shows the inclusion of Yellow as an official party color to further associations with PL and the international liberalism movement.

Retrieved from "https://nation.fandom.com/wiki/Positive_Lovia?oldid=194692"
Community content is available under CC-BY-SA unless otherwise noted.