Warped Records is a famous Lovian indie label and music company based in Sofasi. It releases mostly alternative rock and electronica. It also publishes Tone Factory, a magazine associated with indie music. Furthermore, it owns a record store, four music venues and it organizes three festivals.

Warped Records is involved with the Bredish language music scene, Sofasian techno scene and the Noble City/Newhaven alternative rock scene in particular. It releases music by prolific artists like Beautiful Burnout, Popscene, Tapedeck Destroyer, Infant and others. The label has attracted the attention of several foreign music blogs like Pitchfork because of its unusual blend of various counter-culture music scenes. The record label is supportive of a Do It Yourself ethic and promotes bands and artists as "authentic" and real.

The company was founded in 1991 and has avoided bankruptcy multiple times.

Record sales account for more than three-quarters of the total turnover of the company. Aside from releasing records, the company publishes two music magazines which account for a small part of the total turnover, but are used to great effect as promotion tools. The company also co-organizes a couple of music events, namely Tone Factory Presents, Bare Beats and the Noble City Rock Festival. The company also owns four music venues, Warped Sofasi, Warped Noble City, the Newhaven Concert Hall and Warped Hurbanova.

The official Warped Records record store, Warped Vinyl is based in Noble City and the largest record store in Lovia, and the only record store that deals exclusively in vinyl.

Warped Records focuses on releasing underground music, indie rock and alternative electronica. Many of the artists signed to Warped Records are therefore relatively unknown or new. One of the missions of the record label is to keep the indie scene alive. It aims to jumpstart beginning artists by giving them the benefit of doubt when they request a record deal with Warped Records. The low amount of sold copies per release makes it necessary for Warped Records to release an high amount of titles per year. This gave the company much credit amongst other indie labels and in the alternative music scene. Warped Records only signs Lovian artists, because signing foreign artists is too costly.

Artists signed to Warped Records get total creative control, including the content of the music, design of the artwork and packaging and organization of the tour. Typically, Warped Records wants artists to work with a producer and/or a manager, and the company provides other services to the artists, such as organizing a tour and designing the record when requested. The general rule of thumb is that artists decide themselves where they want Warped Records' help, and where not. The distribution of records is handled by the company, as is promotion and getting gigs for the artists.

Warped Records releases several dozens of titles a year. Most of them tend to lean towards the indie rock spectrum of music, especially the full-length albums. Most maxi-singles released by Warped Records are dance records, aimed towards the DJ market. Warped Records has a habit of releasing very few singles. Warped Records is also involved with importing vinyl from other countries for sale in Lovia.

Warped Records publishes Tone Factory, a magazine that focuses mostly on alternative pop music. In addition, it also maintains the website www.tonefactory.lo. It also publishes an Album Guide every year and has published a couple of books by renowned Tone Factory writers in the past.

Warped Records was founded in 1991 as 2Large Publishing & Records by Dave Goldblum of Dave and the Recorders. 2Large Publishing & Records was founded by Goldblum for the purpose of publishing Tone Factory, the underground fanzine he ran since the late 1980s together with Mark Rich and Priscilla Urquhart. The company initially focused on music reporting, with the three employees visiting gigs multiple times a week. After a while they started including cassette tapes with music by obscure local punk bands with the magazine, which was originally distributed in record shops. The first couple of issues of Tone Factory were a moderate success, and the 2Large allowed people to subscribe to the magazine. Many fans of the local Lovian underground music scene did so, and eventually Tone Factory was carried by a few chain stores as well.

In 1992, the company published its first record, a January-2 issue specially dedicated to covers of the Doors by local bands. Later that year, 2Large released its first record that wasn't a Tone Factory promo, a 12" by a local house producer Shlomo. Starting that year, Goldblum jumped on the emerging house scene and started releasing a string of records with house and acid music.

In 1994, the company changed its name to Warped Records. The content of Tone Factory reflected the back catalogue of records the company released in those years. An eclectic mix of the emerging electronic music scene, local punk music, underground experiments and outsider music. Warped Records eventually started experimenting with more commercially viable artists associated with the indie rock scene.

Beginning in the 2000s, Warped Records began releasing CDs too, as sales of vinyl had been falling rapidly, already since the foundation of the company. Even in the music scene itself, vinyl was not considered commercially viable anymore. As of 2008, Warped Records jumped on the re-emerging vinyl hype, stopped releasing CDs, and focused completely on vinyl once again. In 2009, the company adopted an open model: it would release music on the desired format of the artist in question. A couple of artists signed to Warped opted to release CDs again, while others stuck to the vinyl-only format. Hip-hop act Beautiful Burnout went for digital formats, and decided to offer their music for free, earning money from concert sales.

Warped Records has an enormous back catalogue of hundreds of releases, spread out over three decades. The catalogue ranges from indie rock to experimental music, from hip-hop to techno and house. The brunt of the back catalogue consists of alternative techno and indie rock. The company has released few pop records, and no soul, funk or jazz records to date.

Warped Records specializes in alternative music, and limits itself to electronic music, hip-hop and rock music. It doesn't release jazz, soul, funk. Pop and singer-songwriter releases are done only occasionally. The company also refrains from the more mainstream side of EDM, namely dubstep, grime, UK garage and progressive/electrohouse.

The company has stated on multiple occasions that it tries to limit the output of "best of" albums and compilations, and it maintains that that kind of releases lack added value. It does, however, press reissues and extra batches of rare records. On Record Store Day, the company traditionally releases a novelty record with tracks by the best-selling artists signed to the label.

The company has categorized its back catalogue into a few categories: 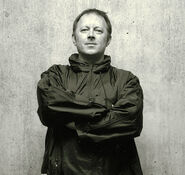 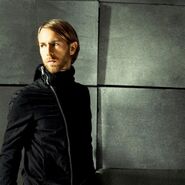 3Lan006
Add a photo to this gallery

Retrieved from "https://nation.fandom.com/wiki/Warped_Records?oldid=179140"
Community content is available under CC-BY-SA unless otherwise noted.